The Memory Of Running - Ron McLarty The Memory Of Running - Ron McLarty

Smithson Ide's life so far has led him nowhere. He's 43 years old, weighs 279 pounds, and keeps himself numb with food and alcohol. His only emotional ties are to his parents and to the memory of his older sister, Bethany, who has been missing for 20 years. Then his parents die in a car crash and he learns of Bethany's death in LA County. Suddenly there isn't enough beer in the world to keep Smithy from his feelings.

Drunk and bereft, he takes his old Raleigh bicycle and starts cycling. Once he starts, he can't stop and then he's riding across America to recover his sister. Along the way he meets all sorts of people who help or hinder him. He hears the confession of a priest, he rescues a boy from a snow storm, he has a gun pointed in his face, he's hit by a truck and helps a man dying of AIDS.

Smithy's ride is an extraordinary quest, to rediscover the past and memories of Bethany, but it's also his journey back to life. 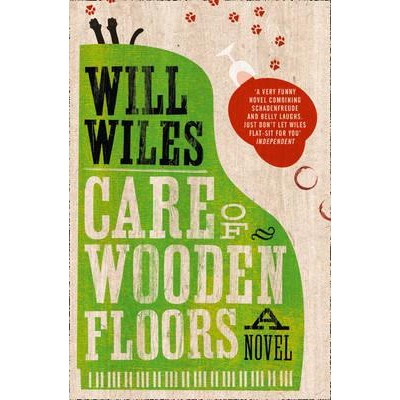 Care of Wooden Floors - Will Wiles
€12.90
A bold and brilliant debut from a darkly funny new voice. Oskar is a minimalist composer best... All Quiet On The Orient Express - Magnus Mills
€13.50
It is the end of the summer. The tourists have already gone, and now the sun is abandoning the...
Back to top