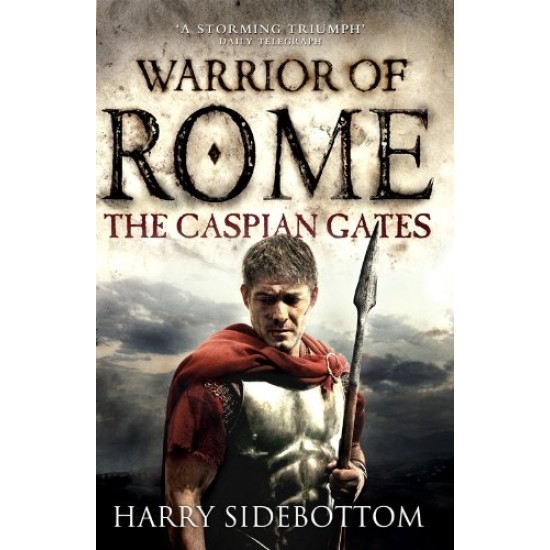 The Caspian Gates is the fourth in Harry Sidebottom's captivating Warrior of Rome Series.

AD262 - the Imperium is in turmoil after the struggle for the throne. Furthermore, Ephesus, Asia's metropolis, lies in ruins, shattered by a mighty earthquake. Its citizens live in fear as the mob overwhelms the city, baying for blood to avenge the gods who have punished them.

Yet an even greater threat to the Empire advances from the North. The barbaric Goth tribes sail towards Ephesus, determined to pillage the city. Only Ballista, Warrior of Rome, knows the ways of the barbarians, and only he can defeat them.

The Goths' appetite for brutality and destruction is limitless and before long Ballista is locked into a deadly bloodfeud, with an enemy that has sworn to destroy him - and the Imperium - at all costs.

Dr Harry Sidebottom is a leading authority on ancient warfare - he applies his knowledge with a spectacular flair for sheer explosive action and knuckle-whitening drama. Fans of Bernard Cornwell will love Sidebottom's recreation of the ancient world.