Julius Caesar has been assassinated. A nation is in mourning. Revenge will be bloody.

Rome's great hero Julius Caesar has been brutally murdered by his most trusted allies. While these self-appointed Liberatores seek refuge in the senate, they have underestimated one man: Caesar's adopted son Octavian, a man whose name will echo through history as Augustus Caesar.

Uniting with his great rival Mark Antony, Octavian will stop at nothing to seek retribution from the traitors and avenge his father's death. His greatest hatred is reserved for Brutus, Caesar's childhood friend and greatest ally, now leader of the conspirators.

As the people take to the streets of Rome, the Liberatores must face their fate. Some flee the city; others will not escape mob justice. Not a single one will die a natural death. And the reckoning will come for Brutus on the sweeping battlefield at Philippi. 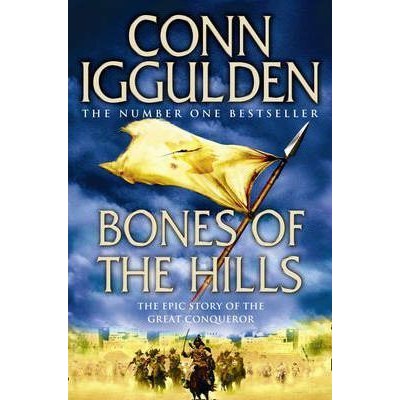 Bones of the Hill (Conqueror 3) - Conn Iggulden (DELIVERY TO SPAIN ONLY)
€5.90
THIS PRODUCT IS ONLY AVAILABLE FOR DELIVERY WITHIN SPAIN The third novel in the No. 1...
Back to top