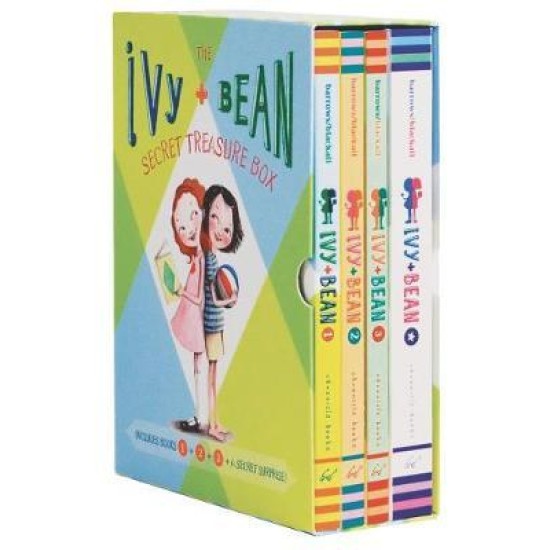 Meet Ivy and Bean, two friends who never meant to like each other: Ivy and Bean are very different. Bean is loud and wild and goofy. She loves to be involved in games and poke her nose in other people's business. Ivy is quiet and full of ideas. She spends most of her time learning how to be a witch. Each girl thinks the other one is weird. Each girl thinks she could never be friends with the other. But sometimes opposites can become the best of friends because they're opposites!

Ivy & Bean's Secret Treasure Box-which includes the first three books in the series-is a delightful introduction to these spunky characters and includes a secret treasure-hiding box with a cool surprise inside!

* Book 1: Ivy & Bean: Both girls were sure they would never like each other, but when Bean finds herself in a pickle, Ivy helps out with a magical spell.

* Book 2: Ivy & Bean and the Ghost that Had to Go: When Ivy discovers a ghost in the girls bathroom at school, she needs Bean's help to get rid of it as quickly as possible.

* Book 3: Ivy & Bean Break the Fossil Record: The girls set out to prove that they broke a record and are in fact the youngest paleontologists in the world.

* Annie Barrows is the bestselling author of books for both children and adults including the Ivy & Bean series which has more than 5 million copies in print.

Fans of the Junie B. Jones, Magic Tree House, and Princess in Black series will love the hilarious adventures of best friends Ivy and Bean. 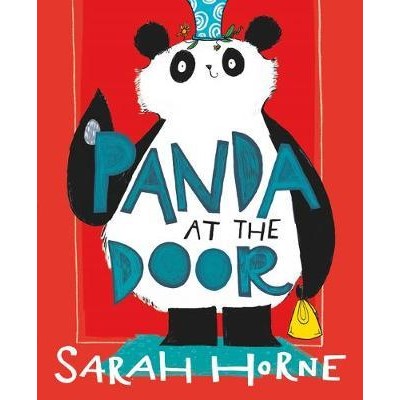 Panda at the Door - Sarah Horne
€9.90
Paddington meets Mary Poppins in this  modern-day family adventure from writer and... 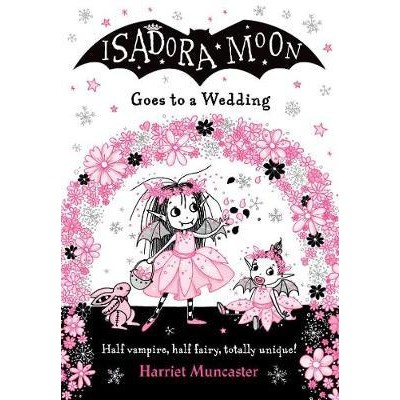 Isadora Moon Goes to a Wedding - Harriet Muncaster
€8.90
Half vampire, half fairy, totally unique! Isadora is special because she is different.... 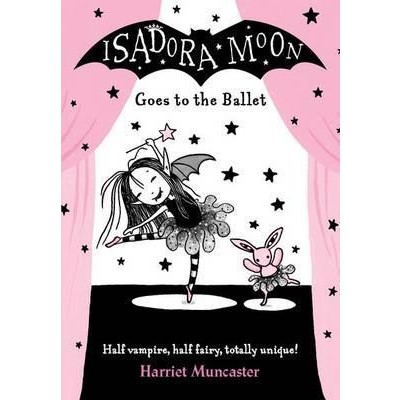 Isadora Moon Goes To The Ballet - Harriet Muncaster
€8.90
Half vampire, half fairy, totally unique! Isadora Moon is special because she is different. Her... 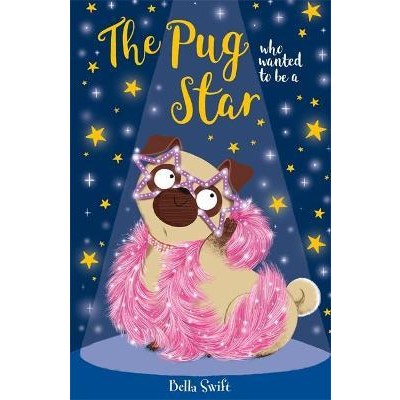 The Pug Who Wanted to be a Star - Bella Swift
€8.90
Peggy the pug is only little, but she's going to be a BIG star! A show-stopping new story...
Back to top