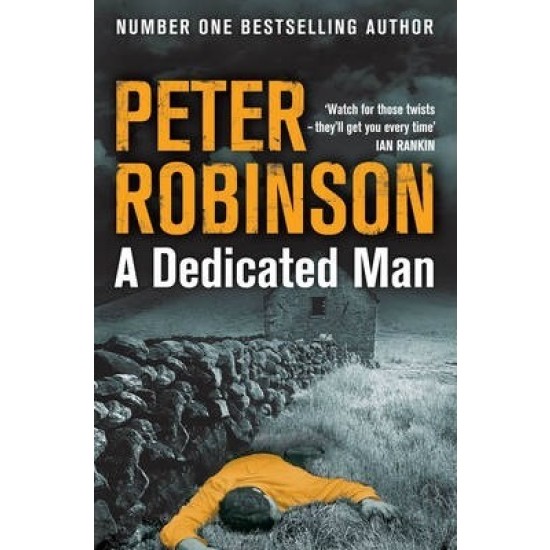 A Dedicated Man is the second novel in Peter Robinson's Inspector Banks series, following on from Gallows View.

A dead body. Hidden secrets. Banks will find the truth.

The brutally murdered body of a supposedly well-liked local historian is found half-buried under a dry stone wall. But who would kill such a thoughtful, dedicated man?

Young Sally Lumb, locked in her lover's arms on the night of the murder, tries to find the killer herself. But her good-intentions only leads to more danger. And when Chief Inspector Alan Banks is called to investigate and soon discovers that disturbing secrets lie behind the seemingly untroubled facade . . .

A Dedicated Man is followed in the Inspector Banks series by A Necessary End.